While Facebook , Deadmau5 , and Walmart have plans to get in on the ground floor of the Metaverse market, PlayStation inventor Ken Kutaragi isn’t a fan of it or the virtual reality hardware that would be needed to interact with that proposed space.

“Being in the real world is very important, but the metaverse is about making quasi-real in the virtual world, and I can’t see the point of doing it,” Kutaragi said to Bloomberg . “You would rather be a polished avatar instead of your real self? That’s essentially no different from anonymous messageboard sites.”

VR headsets have also landed on Kutaragi’s list, as the chief executive officer of Tokyo-based artificial intelligence startup Ascent Robotics labeled the gear as an annoyance. “Headsets would isolate you from the real world, and I can’t agree with that,” he said. “Headsets are simply annoying.”

Kutaragi’s current goal with Ascent Robotics is to combine the real world with online spaces in a more seamless manner by developing robotic systems that will help transform real-world objects into computer-readable data. Think the holograms from Star Wars, for a rough idea of the company’s goals. The research will also accelerate the development of a robotics platform that includes software, sensors and machines, all of which has been designed in-house by Kutaragi’s team.

For a more candid look at Kutaragi’s ambitious project, you can check out an interview he did last year in Tekken producer Katsuhiro Harada’s bar . The first episode of Harada’s Bar saw the former Sony Computer Entertainment chairman the tavern, and reminisce about the early days of PlayStation and Tekken. Alternatively, there’s a short biopic on Kutaragi’s life , but it’s not exactly the most accurate dive into his career and his work on creating the original PlayStation console. 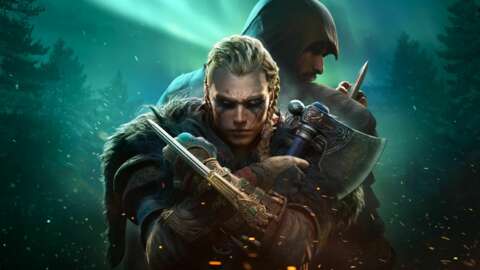 PlayStation Creator Ken Kutaragi Isn't A Fan Of The Metaverse Or VR have 466 words, post on www.gamespot.com at January 20, 2022. This is cached page on Game Breaking News. If you want remove this page, please contact us.