Products featured are independently selected by our editorial team and we may earn a commission from purchases made from our links; the retailer may also receive certain auditable data for accounting purposes.

Tablets are a perfect middle-ground between laptops and smartphones, particularly for gaming . It combines the portability of a phone, with a much bigger screen, and an operating system that merges the two. They're easy to learn, pack some gorgeous graphics and dazzling displays, along with strong speakers and processing speeds to immerse you in games like Minecraft , Fortnite , League of Legends , or whatever you're currently playing.

While we've picked our favorites for gaming here, we didn't leave out the fact that you'll probably be streaming movies and TV shows on these tablets too, and they work great for all types of media. If you'll only need a tablet for light tasks like web browsing and reading, it's better to go for a more budget-friendly option, as you won't need (or be using) all that these gaming tablets have to offer.

What Are the Best Tablets for Gaming?

From the amount of memory a tablet has to screen size and resolution, here are just a few of the factors to keep in mind before choosing your new gaming device.

Memory : Just like with a computer, the higher the amount of RAM in a tablet (along with the more RAM cycles in MHz), the better your CPU is going to run. RAM and CPU are a team, and it's best not to go all-out on one but lacking on the other. Think of RAM as what handles short-term tasks, like keeping multiple applications open without losing your place, while CPU handles the speed of launching and running those applications, as well as long-term memory you'll need in a frequently used device.

Refresh Rate : Though it might look like a consistent unbroken image to us, each and every second, screens update with new images — otherwise known as the refresh rate. It's a speedy process, and even a low to mediocre refresh rate is around 60Hz (meaning it's refreshing 60 times every second), while 120-144Hz is noticeably better, and anything beyond that is more than enough for the average tablet gamer. A high refresh rate means you'll end up with less "screen tearing," which happens when a tablet's video feed isn't in sync with the display, resulting in multiple frames on a single screen.

Processing Speeds: Also known as the CPU, this is what handles it all and keeps multiple multimedia running smoothly. The more cores a processor has, the more you'll be able to multitask things like listening to music while playing your favorite game, without any lag or choppiness. While Quad-core were all the rage of a few years back, many tablets now feature octa-core processors to handle high numbers of commands at once.

Resolution : Resolution refers to the number of pixels that are able to be displayed on the screen, and the higher the pixel count, the better quality the image will be. This is one of the main measurements you'll find listed in all tablets, and as of right now, 4K Ultra HD is quickly becoming the norm.

Screen Size: Don't fall into the "bigger is always better" trap. While a tablet may have a large screen that looks great for gaming, a low resolution will seriously affect the image quality. Stick to a proportional size: a screen that's big enough to meet your gaming needs, with a balanced resolution quality and a price-point that fits your budget. Plus even on a big screen, beware of bezels — these boundaries can cut your screen size down if they're too thick and invasive.

Sound : Especially if you won't be using headphones, good sound from a tablet's built-in speakers are an important part of your gaming experience. The little speakers inside a tablet can pack some really powerful drivers too, ditching the tinny and too-soft sound of generations past to booming Dolby with impressive bass. And it's not just one or two speakers inside either, as some have four or five, carefully placed to coincide with your gaming experience as a whole. Same goes for microphones if you'll be playing multiplayer. It's not a fair comparison to match these against big standalone surround speakers, but for their size and power, tablets' sound has come a long way.

This iPad Pro packs a stunning 12.9-inch liquid retina display, 264ppi, and bezels that only take up minimal space. The smooth frame rate makes sure the tablet keeps up with your game, while the display delivers eye-popping color, thanks to True Tone and the ProMotion tech.

Sound isn't an afterthought either, as this hides an impressive four speakers and five microphones inside.

Gaming on it looks absolutely gorgeous, and is powered by the A12Z Bionic chip with Neural Engine along with the embedded M12 coprocessor. Games like Fortnite , for example, can run at 120fps, and it's more in line with a PC than a typical tablet.

Apple hasn't sacrificed battery life either, as this iPad lasts about 10 hours and charges up fast via a USB-C connector, a relatively new and more conveniently universal step for iOS devices. 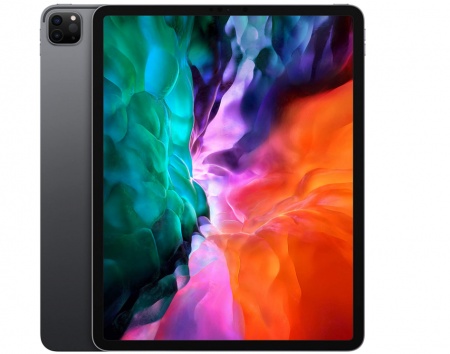 Samsung always packs new surprises as its line of tablets evolve, and this one has more than a few eye-catching features.

First, the 11-inch LCD display runs right up to the edges, and there's the option to go even bigger with the S7+'s 12.4-inch screen. This tablet contains 6GB of RAM, 128GB of storage, and outshines much of the competition with a battery life of 15 hours.

Samsung's excellent S-Pen is also included, while Bluetooth keyboards and controllers are supported. Meanwhile, a USB-C port means no more having to rely on wall charging.

Possibly our favorite feature, however, is the compatibility with Xbox, allowing you to play console games right on your tablet. The sound stands out, too, with quad speakers featuring Dolby Atmos surround sound. Bonus: A fingerprint scanner is included for extra security. 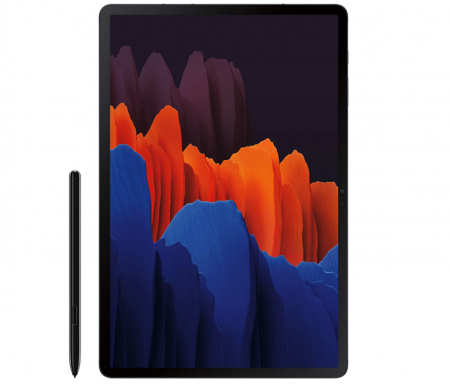 The travel-friendly Fire HD tablet has 32GB of storage and 2 gigs of RAM, along with a 10.1-inch HD 1080p display (and is expandable to 512GB with the microSD slot) that's great for gaming on the go.

The Fire's 2.0GHz Octa-core processor brings a speedy performance to your favorite games (30 percent faster, according to Amazon), and delivers a crisp picture when playing.

Battery life rivals the bigger tablets, at about 12 hours, and charging time is relatively fast in roughly four hours. Alexa is, of course, a built-in feature, and compatible with all your other smart home Amazon devices.

A USB-C cable and 9W power adapter are included, along with a protective case that snaps shut with magnets when not in use. And its weight, at just over 1 pound, makes it ideal to travel with on big trips and commutes alike. 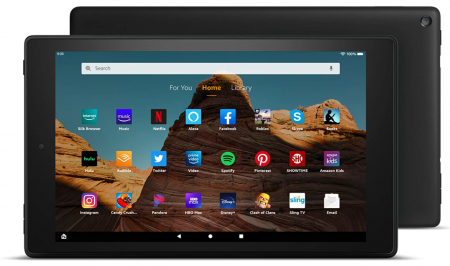 The beautiful 12.3-inch molecular display takes up nearly 80 percent of the device here, and the colors are incredibly sharp. Unlocking by fingerprint is discreet with a hidden reader on the side, and the battery life typically lasts all day — about 12 hours.

This runs on Chrome and Android OS, retaining all the speed and efficiency (and automatic updates) you'd expect, with even more convenient features that make organizing and switching between apps simple, like split-screen and multi-window browsing. The 6 million pixels result in deep detail, and dual front speakers are surprisingly powerful for their size.

For heavy gamers, the others here might be more your speed. But if light gaming is one of the many things you do during your day, the Pixel is a great all-in-one central hub. 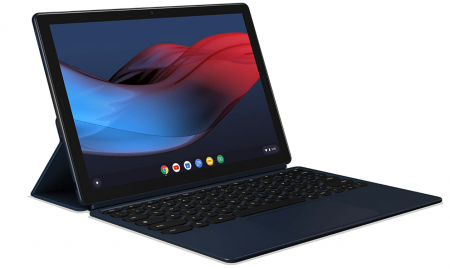 The Best Tablets for On-the-Go Gaming have 1568 words, post on www.rollingstone.com at May 6, 2021. This is cached page on Game Breaking News. If you want remove this page, please contact us.