Before the pandemic, many investors considered Delta Air Lines ( NYSE:DAL ) and Southwest Airlines ( NYSE:LUV ) to be two of the best companies in the sector. Operationally, it’s been hard to beat Delta’s strong performance over the past few years, whereas Southwest has long been cited as having the best balance sheet in the industry.

Of course, the landscape has changed dramatically this year. Last week, Delta and Southwest declined 9.5% and 6.7%, respectively, presenting a potential buying opportunity for long-term investors looking to play a possible rebound in the sector. Let’s determine if Southwest and Delta remain industry leaders, and if so, which one is the better buy now. 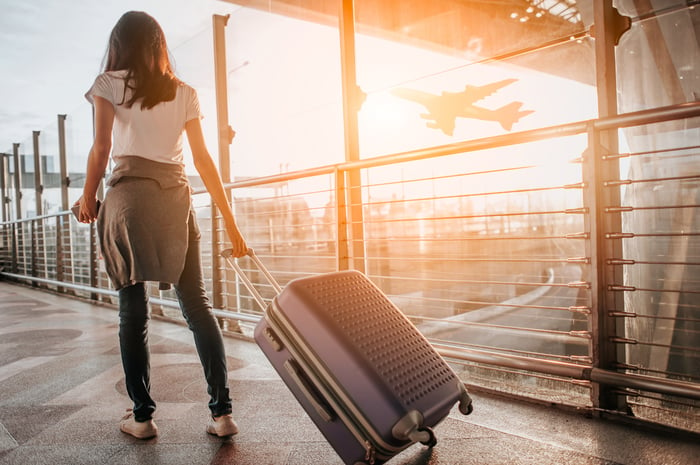 Travel has picked up, right?

If you were looking at only the stock prices of Delta and Southwest, you might assume that air traffic has picked up. After all, even with last week’s broad decline across the airline sector, Delta has increased 8.7% the past three months and Southwest shares have rocketed higher by 15.3%, outperforming the S&P 500 ‘s 8.1% gain. 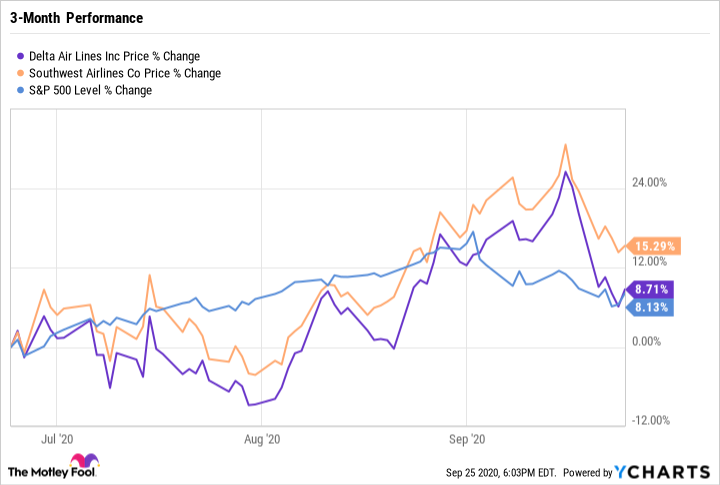 To some extent, travel has improved. According to TSA data, September has been the best month since March in terms of year-over-year throughput decline. Throughput simply means the number of passengers screened through TSA security checkpoints. But the fact remains: Air traffic is still just one-third of where it was this time last year.

Even with air traffic showing some improvement, Delta and Southwest continue to lose money. The industry term for this is daily cash burn, which improved substantially for both airlines over the summer. The problem now is that the improvement is starting to level off.

After reducing its cash burn by over 70% between late March and June, Delta is also hitting a wall in cash burn reduction. In its presentation at the Morgan Stanley Laguna Industrials Conference on Sept. 17, Delta said that it was still burning around $750 million a month, or about $25 million a day, representing only a slight improvement from a $27 million daily average in June.

Delta sees its cash burn as being fairly stable for now, but still expects capacity to be down 25% to 40% in 2021. As a precaution, Delta has increased the size of its planned debt offering to $9 billion , giving it ample liquidity to weather the storm.

Investors should note that while both airlines were able to substantially reduce cash burn in June and July, the recent plateau seems to suggest that neither airline can reach profitability without a meaningful improvement to air traffic.

With their cash burn reduction efforts stymied, debt levels for Delta and Southwest have been on the rise as both companies take advantage of low interest rates in an effort to prepare for prolonged cash burn. The strategy to raise debt as a means to keep an unprofitable business running appears to be the best course of action in the short term, but over the long term, air traffic needs to pick up to make these businesses (as they exist today) profitable once more. 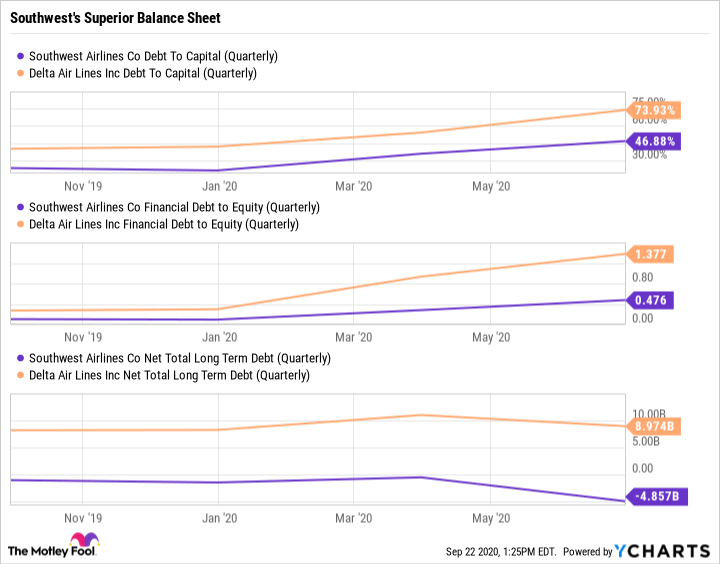 Although Southwest has a better balance sheet, Delta was arguably the better airline over the past three years ending in 2019. Between 2017 and 2019, Delta grew its net income and free cash flow (FCF) more than any other major U.S. airline, and, unsurprisingly, had the best total return of the majors over that time frame as well.

Challenging business climates put an emphasis on financial strength over operational strength, whereas the best-run business from an operational standpoint arguably matters more in a good economy. The perception that Delta is the airline to own during normal circumstances may explain why it has rebounded a little more than Southwest the past few months as optimistic investors have driven the stock market higher. Meanwhile, Southwest’s fortress-like balance sheet and superior financial position help explain why it hasn’t sold off as much as its peers. 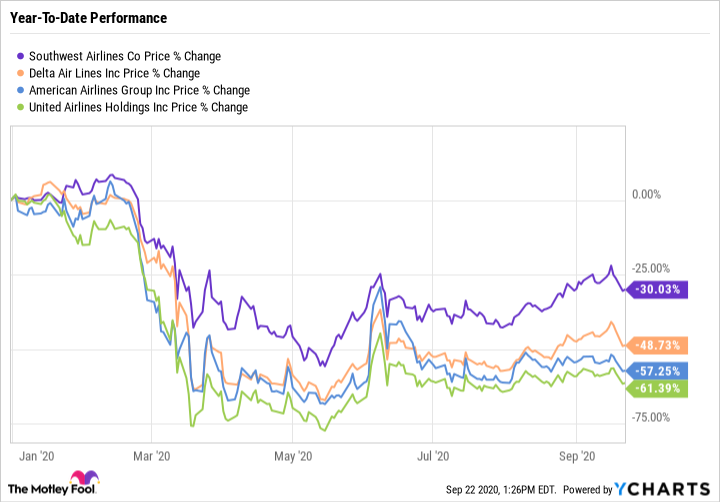 There are two key ways to approach today’s airline sector . The first is the short-term bearish view that suggests that airlines will continue to lose money and have hit an impasse in cash burn reduction since air traffic is showing only moderate improvement. The second is the long-term bullish view that suggests that the airline sector has sold off but will recover thanks to recent cash raises and debt issuances that give Delta and Southwest the liquidity they need to wait for air traffic to improve. Both views are reasonable, and with uncertainty surrounding air traffic demand, the airline sector undoubtedly has a fair share of risk.

Given Southwest’s lower cash burn and superior balance sheet, the stock looks to be the safer way to play this risky sector now. But for folks who can stomach more risk, and are confident that air traffic will improve, Delta would be the better stock to buy. Both airlines remain industry leaders. Determining which stock is best for you will depend on your risk tolerance and time horizon.

Better Buy: Delta Air Lines vs. Southwest Airlines have 1225 words, post on www.fool.com at September 28, 2020. This is cached page on Game Breaking News. If you want remove this page, please contact us.