Yanghee Lee, the UN special rapporteur on the situation of human rights in Myanmar, accused the military of targeting ethnic Rakhine Buddhist civilians during recent clashes with the Arakan Army (AA), a separatist militant group in the western Rakhine State.
Lee told CNN that houses had been burned, a monastery was attacked and people had been arrested and tortured.
“And then we find bodies that have been decapitated, these are Rakhine people,” Lee said Tuesday, as she prepared to conclude her six-year tenure as special rapporteur.
“I am calling the situation crimes against humanity and war crimes. These are the highest, the most heinous and gravest crimes of international law,” she added.
Read More
CNN has reached out to the Myanmar government regarding Lee’s comments but has not yet received a response.
Lee said the Myanmar military has been given a “significant” political role in fighting the coronavirus pandemic, which has so far infected 150 people in Myanmar, including six who died, ​according to data published by John​s Hopkins University. Key military generals and military-controlled ministries were appointed to a new coronavirus committee in March, increasing the remit of the military under its delicate power-sharing agreement with the country’s civilian-led government.
Under the constitution, the military — also known as the Tatmadaw — controls the borders, defense and home ministries, and holds a quarter of the seats in parliament.
“It’s emboldening the Tatmadaw,” Lee said. “Already they have a strong arm, and now if they have these additional powers in the name of enforcing or preventing the spread of the pandemic, then they are really given another layer, a greater, higher level of power to do what they’ve done always in the past few decades, but in a more severe and horrific manner.”
Lee’s comments were echoed by Human Rights Watch, which explained that as the military fights the Arakan Army’s separatist movement ​in Rakhine State, civilians are being caught in the crossfire.
“Myanmar’s military, and its accomplices in Aung San Suu Kyi’s civilian government, are taking advantage of the world’s distraction with Covid-19 to press forward with military atrocities to try and break the back of the Arakan Army resistance, and they don’t care who they kill or maim to do it,” said Phil Robertson, the deputy Asia director for Human Rights Watch, in a statement to CNN. ​
CNN asked the Myanmar government about accusations that the military is using the pandemic to carry out abuses, but did not receive a response.
The Arakan Army is also carrying out attacks on civilians, Lee says.
“We have proof that they have kidnapped local parliamentarians,” Lee said. “They also have kidnapped people and civilians and gathered civilians too.”
The UN has previously called for a global ceasefire during the coronavirus crisis.
“The Myanmar military onslaught has increasingly targeted civilians with indiscriminate artillery attacks and aerial bombings that amount to soldiers wantonly retaliating against populations living near spots where the Arakan Army has staged ambushes or IED attacks,” ​Robertson said.
The coronavirus pandemic has also led to increased roadblocks in Rakhine State by the military, Lee says — meaning it is harder for people to get to hospitals. Aid agencies are also ​getting caught in the crossfire during the clashes.
On April 20, a World Health Organization (WHO) ​driver of a UN vehicle was killed and a government official in the car was severely injured after their vehicle came under attack when they were transporting Covid-19 samples.
The government has expressed its “deepest condolences and sympathy” and says it is “fully committed to investigate the incident.”
In a statement, the office of Myanmar’s de facto leader Aung San Suu Kyi said on April 21 that the military is fighting against the “terrorist group” Arakan Army which has “engaged in destructive activities.”
The statement said the government was “deeply saddened to learn of civilian casualties in Rakhine and Chin States,” adding that it will “continue with efforts to take the peace process.”
Guards keep watch near a border post in Rakhine state in Myanmar, November 12, 2017.

A history of violence

Rakhine State is a restive border area, which neighbors Bangladesh and has a long history of violent military crackdowns and ethnic clashes between the majority Rakhine Buddhist population and the minority Rohingya Muslims .
In 2016 and 2017, the military carried out what it described as “clearance operations” ​against the Rohingya population after attacks on police posts by militants. Hundreds of thousands of Rohingya were forced to flee across the border ​and thousands more died.
A UN fact-finding report released in 2018 said the military generals should be ​”investigated and prosecuted ​in an international criminal tribunal for genocide, ​crimes against humanity and war crimes,” and said that ​some members of the Rakhine Buddhist population had ​been found to have collaborated in the violence.
But now the Rakhine Buddhists under the Arakan Army are the focus of a military crackdown themselves.
The Arakan Army and the Myanmar military have been clashing in Rakhine State since December 2018, displacing tens of thousands of people and killing and injuring “numerous” civilians, Human Rights Watch says.
The Arakan Army is an armed group which operates in several states in Myanmar, and was formed more than a decade ago. The group says it represents the ethnic Rakhine people, the majority population in Rakhine State but an ethnic minority within Myanmar, which is dominated by the Bamar population.
“It’s hard to fathom that a government and its military could actually commit crimes against humanity against two different ethnic groups — the Rohingya and the Rakhine — in one province but somehow Myanmar has managed to do it, and now they need to be held accountable for it,” Robertson said.
Lee said she has been barred from entering Myanmar since her last visit in 2017, when she says she was told by Suu Kyi that she would no longer be given access if she continued to pursue ​the “narratives of the UN” on what was happening in Rakhine State.
CNN has reached out for comment from the Myanmar government on this but has not received a response.
But Lee said she continues to gather information from a network of sources and observers on the ground inside Rakhine State, and has also taken several trips to neighboring Bangladesh to speak to refugees who fled there from Myanmar.
Myanmar’s State Counsellor Aung San Suu Kyi looks on before the UN’s International Court of Justice on December 11, 2019 in the Peace Palace of The Hague, on the second day of her hearing on the Rohingya genocide case.

In January, a government-appointed panel investigated the military operation against the Rohingya population in ​2016-2017 and concluded that war crimes had been committed and “are now being investigated and prosecuted by Myanmar’s national criminal justice system,” a Myanmar Foreign Ministry statement says.
The panel also concluded that there was no evidence of “genocidal intent.”
The government also denied accusations of ethnic cleansing or genocide, and said the military “clearance operation” targeted Rohingya ​”terrorists​” from the Arakan Rohingya Salvation Army (ARSA) militant group.
The UN estimates that more than 10,000 Rohingya people died during the crackdown. The government did acknowledge military crimes in a massacre of 10 Rohingya men in the village of Inn Din in Rakhine State, and jailed seven soldiers for “contributing and participating in murder.”
Nobel Peace Prize winner Aung San Suu Kyi says genocide claims are ‘misleading’
The government describes the Rohingya population as illegal immigrants from ​what is now known as Bangladesh, despite the ethnic group tracing their roots in the area back centuries. Myanmar is a majority Buddhist population with 135 official ethnic groups, none of which are Rohingya. The majority Bamar group, which represents 70% of the population, dominate most government and military positions.
In January, the International Court of Justice in the Netherlands ordered Myanmar to prevent acts of genocide against the Rohingya and to ​prevent the destruction of evidence, in a landmark case at The Hague. Suu Kyi called genocide accusations “misleading” during ​a previous hearing.
Access to the conflict areas of northern Rakhine State has long been heavily restricted, with limited entry for aid agencies and the media, making getting information out of the region difficult — even more so since ​a mobile internet blackout was imposed in some areas of the state in June 2019.
On February 13, a joint statement ​from 29 organizations, including Amnesty International, called on the government of Myanmar to lift the internet restrictions to enable communications and to protect the civilian population.
An April 11 article in state​-run newspaper The Global New Light of Myanmar said that the government shut off internet services to some parts of Rakhine State “to prevent the misuse of the internet by the Arakan Army (AA) for their political and military agenda,” because the AA “exploited internet services and social media as a tool for planned attacks, detonating landmines, recruitment and incitement of hatred among different national races.” 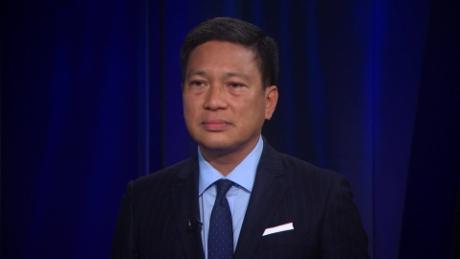 When Lee’s tenure as special rapporteur began, Nobel Peace Prize-winner Suu Kyi was a democracy icon, who had spent decades under military-imposed house arrest. Lee said back then, she had “great hopes” and “great respect” for Suu Kyi when she came into power in a landslide election in 2015.
“It’s really sad, it saddens me to see how Daw Suu has changed so much,” Lee said, referring to the leader with the honorific for “mother.” “I started seeing some changes in her, she was not willing to listen to what concerned people had to say.”
After six years as special rapporteur, Lee believes that Suu Kyi’s strategy is based on a political calculation on how to stay in office.
“She wants to stay in power and the only way to stay in power would be to cooperate with the Tatmadaw, to work with the Tatmadaw, and listen to the majority, the Bamar majority, the Buddhist Bamar majority, and that’s the only way she thinks that she will stay in power,” Lee said.
A national election is due to be held in Myanmar later this year, likely in November.
“It enrages me to see how the people of Myanmar are left to suffer like this for decades,” Lee said.
“The UN and the international community always says never again, but we see this never again happening over and over in different parts of the world. But we’re seeing it happening in Myanmar, we saw it happen in 2016 and 2017. And we are seeing it happening now again. So these are my emotions. And I feel very helpless.”

Coronavirus is 'emboldening' Myanmar military to carry out 'war crimes' says UN human rights expert have 2025 words, post on edition.cnn.com at April 30, 2020. This is cached page on Game Breaking News. If you want remove this page, please contact us.